Could Low-Frequency Radars Become The F-35 And F-22's Achilles Heel? 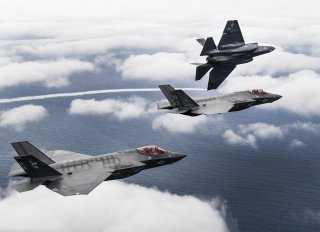 Another traditional limitation of VHF and UHF-band radars is that their pulse width is long and they have a low pulse repetition frequency [PRF]—which means such systems are poor at accurately determining range. As Mike Pietrucha, a former Air Force an electronic warfare officer who flew on the McDonnell Douglas F-4G Wild Weasel and Boeing F-15E Strike Eagle once described to me, a pulse width of twenty microseconds yields a pulse that is roughly 19,600 ft long—range resolution is half the length of that pulse. That means that range can’t be determined accurately within 10,000 feet. Furthermore, two targets near one another can’t be distinguished as separate contacts.