Could the Military Fight from Bunkers in a Pandemic? 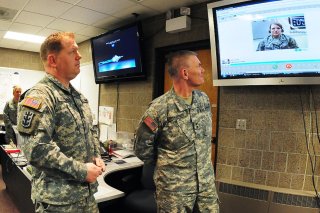 Here's What You Need to Know: A hardened site would not have been the proper choice” for a pandemic command center,