Was the Swine Flu Pandemic of 2009 Really a False Alarm? 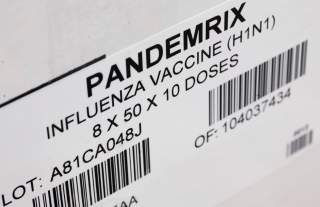 In the fall of 2009, one of the brightest students in my rowdy fourth-grade class I was teaching in Washington DC contracted the swine flu. Worse, it seemed distinctly possible one of her best friends—an equally brilliant but perpetually asthmatic ten-year-old—might also have been exposed, with the attendant higher risk of serious complications.

The staff at the school had spent that Fall preaching and practicing mandatory vaccination and repeated hand washing to our students and parents—but inevitably we could not prevent the spread of an illness later estimated to have infected between one-tenth and one-fifth of the global population (11 to 21 percent).

Happily, my student recovered and was back in class several weeks later—and by early 2010 the swine flu, technically designated H1N1pdm09, seemed to evaporate from the headlines. Later the World Health Organization (WHO) stated it could only verify 18,000 deaths—far fewer than the number caused annually by the seasonal flu, usually a variant of H3N2.

A doctor wrote a paper in The British Medical Journal accusing the WHO of employing evaluators with corporate ties who inflated the threat posed by H1N1 to the profit of the pharmaceuticals industry.

However, later research showed the WHO understated deaths by over an order of magnitude. Arguably, the CDC and WHO had compelling reasons to raise the alarm about the new H1N1 outbreak, even if it didn’t manifest as strongly as feared.

Return of the “Spanish” Flu?

The history-minded may recall that H1N1 is the same virus type associated with the ultra-lethal influenza pandemic of 1918. More or less the Lord Voldemort of modern plagues, in one year it killed an estimated 50 million people—more killed than in four years of industrialized butchery on the battlefields of World War I.

A particularly cruel twist of the so-called Spanish flu is that it proved deadlier to younger individuals than older ones, possibly due to its ability to turn young and strong immune systems against the bodies they were meant to defend. That meant the 2009 strain of H1N1, unlike the seasonal H3N2 flu, was also likely to have a greater effect on people under the age of 65.

The symptoms were not dissimilar, however: most people afflicted would experience sore throats, achy muscles, fevers, runny noses, and sometimes vomiting. In a minority of cases, the flu paved the way for more serious complications including pneumonia and potentially fatal breathing problems. Persons with weak immune systems and/or respiratory illnesses were particularly at risk.

The 1918 flu was transmitted either by poultry or pigs to humans, and developed transmissibility between humans. Like today’s coronavirus, H1N1 spreads by transmission of airborne fluids—something liable to occasionally occur amongst traditional farmers in less industrialized areas, who often live in relatively close proximity to their animals. Thus later H1N1 strains were known to cause occasional infections in farm workers, but didn’t spread to a wider populous because they weren’t viable for person-to-person transmission

That apparently changed with the 2009 strain. In particular, researchers identified the town of La Gloria in Vera Cruz, Mexico as the possible origin of the disease (though that can’t be absolutely confirmed). In particular, a five-year-old boy named Edgar is the first person known to have contracted (H1N1)pmd009, which then spread across the rest of the town and was initially misdiagnosed by regional medical authorities.

On April 11, the U.S. Center for Disease Control (CDC) identified the first U.S. case in a ten-year-old girl in California. Two days later, a second case was identified 130 miles away. That worryingly implied the disease had already spread extensively while under the radar.

The CDC and WHO reacted aggressively, with a vaccine already beginning development by April 21, an emergency operations center established by April 22, and over a thousand testing kits shipped out by May 1. Restrictions were loosened to allow aggressive use of drugs like Tamiflu, oseltamivir and zanamivir to control the symptoms of infected persons and prevent mortality. The U.S. federal government purchased 50 million units of antiviral drugs, while the states snatched up an additional 23 million.

Meanwhile, by June 22 the WHO declared the swine flu a global pandemic. Unfortunately, the CDC’s response ran into problems around the time the pandemic’s second wave hit that fall. The organization had anticipated acquiring 120 million vaccine doses by October, but had only shipped out 17 million by that date. When the bulk of the vaccines arrived in November, the second wave was already past its peak.

The Deadly Pandemic that Wasn’t?

The WHO declared the pandemic over on August 11, 2010—and reported that its laboratory testing could only confirm 18,000 deaths to the flu by May 2018. This figure was seized upon as evidence that WHO had vastly overhyped the pandemic, as the seasonal flu kills between 290,000 and 650,000 persons annually, including around 40,000 in the United States alone.

But in its literal reporting of that number, the WHO unwittingly planted the seeds of misleading narrative, as most flu deaths across the globe are unlikely to be laboratory confirmed.

A study in 2013 concluded that global deaths numbered 203,000 and possibly more than twice that number. The CDC itself estimates global deaths from the pandemic range from 151,000 to 575,000.

These numbers imply a much deadlier outbreak, but still one within the range of the annual seasonal flu. However, there was one unfortunate twist: 80 percent of those affected were under the age of 65, whereas roughly the reverse is typically the case for H3N2. That means more years of human life were potentially lost.

To be fair, however, a study published in the Journal of the American Medical Association found that though 2009 flu affected more young people, it didn’t demonstrate higher individual case mortality rate (ie, probability of an infected person dying).

The controversy surrounding the swine flu’s impact should teach us how complicated it is to quantify a disease’s impact even well after the event has concluded—let alone during the initial phase when medical officials are trying to assess the severity of a newly-detected outbreak based on a patchwork of evidence.

Healthcare institutions had understandable reasons to fear that the new H1N1 strain might prove as deadly as its 1918-forebearer and did their best to respond aggressively as it would have been negligent to act otherwise.

Ultimately, even using revised figures, the H1N1 strain did not turn out to be dramatically deadlier than the seasonal flu—but one should also consider the possibility that extra measures taken by medical authorities may have also played a role in curtailing the total number of deaths.

I for one can only be thankful my fourth graders emerged unscathed from the Swine flu pandemic—and I’m glad that authorities took the risk it posed seriously even if, on that occasion, it did not turn out to be as deadly as feared.

Sébastien Roblin writes on the technical, historical and political aspects of international security and conflict for publications including The National Interest, NBC News, Forbes.com and War is Boring. He holds a master’s degree from Georgetown University and served with the Peace Corps in China. You can follow his articles on Twitter.