Could North Korea Pull the U.S. and China Into a Nuclear War? 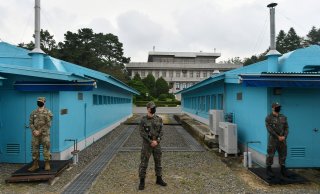 Here's What You Need to Remember: But if China and the United States did become engaged in active combat operations against one another in Korea, it is unlikely that the fight would stay confined.

Robert Farley, a frequent contributor to TNI, is author of The Battleship Book. He serves as a senior lecturer at the Patterson School of Diplomacy and International Commerce at the University of Kentucky. This piece was originally featured in October 2017 and is being republished due to reader interest.