Could a Parliamentary System Save America from Itself? 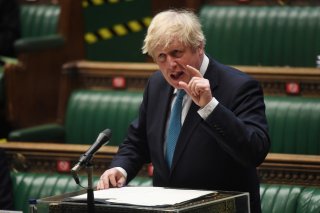 Here's What You Need to Remember: Although parliamentary systems can thus seem less stable than presidential ones, they are held together by the fact that their heads of state provide an element of stability not found in presidential systems.

Given the tortuous manner in which the American political system has been functioning the past decade, can a case be made for the United States to switch over to a different sort of democratic political system? While the sacrosanct status of the U.S. Constitution makes any formal change unlikely, it is still interesting to speculate over whether or not a parliamentary system would be more suitable for the United States, as well as for other countries with presidential systems.

A parliamentary system of government is preferable to a presidential system. Parliamentary systems are common throughout much of Europe, South Asia and many former British colonies. Parliamentary systems are characterized by executives, usually called prime ministers, who derive their legitimacy from an assembly or legislature, usually called a parliament, after the “mother of parliaments,” in Britain. The executive is the head of government and is usually a member of the legislature and also held accountable to that legislature. The executive is thus separate from the head of state, who is usually a ceremonial monarch or president. On the other hand, in presidential systems, the head of government is also the head of state and is in charge of an executive branch that is separate, and elected separately, from the legislative branch. The United States and most countries in Latin America, as well as Russia feature this type of system. The executive in this systems tends to have great power. The concept underlying this system is the separation of powers that played a major role in American constitutional thinking.

While both presidential and parliamentary forms of government tend to yield two-party systems, this phenomenon is much more complete in presidential systems, especially in the United States, where third parties have almost negligible influence. As a result, in the United States, parties that are a conglomerate of various different groups and interests form. We have seen how ridiculous this seems in the 2016 election cycle, with both the Republican and Democratic parties exhibiting factions so mutually antagonistic, that in most other countries, they would be composed of separate parties—for example, the Ted Cruz and Donald Trump factions of the Republican Party and the Bernie Sanders and Hillary Clinton factions of the Democratic Party. A recent illustration from the Economist demonstrates this beautifully.

What would America’s presidential election look like under a parliamentary system? pic.twitter.com/s72Bw0nxmw

The fact that a prime minister is held accountable to the legislature is a very good thing for governance. First, it means that the executive and his or her government are of a like mind with the majority of legislators, because prime ministers come from the party with a majority of seats in the parliament, usually. The gridlock evident in the United States, where the president is of a different party than the majority of Congress, is far less likely in a parliamentary system.

While James Madison explains in the Federalist Papers No.47 that this is so the different branches of government can check each other’s power, Walter Bagehot provides an alternative argument in favor of the fusion of powers in his classic The English Constitution:

“If the persons who have to do the work are not the same as those who have to make laws, there will be a controversy between two sets of persons. The tax-imposers are sure to quarrel with tax-requirers. The executive is crippled by not getting the laws it needs, and the legislature is spoiled by having to act without responsibility; the executive becomes unfit for its name since it cannot execute what it decides on: the legislature is demoralized by liberty, by taking decisions of which others (and not itself) will suffer the effects.”

Another benefit of the parliamentary system is its flexibility in terms of replacing leaders who have failed to perform, since prime ministers are just technically members of parliament chosen to lead the government, and a new prime minister from the ruling party can readily be chosen without major shuffling. This happened in 2016 when David Cameron stepped down in the United Kingdom; he was replaced by Theresa May, from his own party without much fanfare. On the other hand, a U.S. president cannot so easily step down unless the conditions were drastic. The population is usually stuck with whoever was elected, for four years.

Parliamentary systems are less fixed in duration, and elections for new parliaments can be called when circumstances change, rather than the ironclad rules for elections every two, four and six years found in the U.S. constitution. Good prime ministers and governments can last for as long as they are popular and necessary. Parliamentary systems also allow power to be distributed among many groups and parties.

Parliamentary governance is especially beneficial for a multiethnic state because it allows the members of cabinet and important positions to be distributed among the various members of parliament whereas in a presidential system, the winner and his/her supporters generally take all the important positions, even if they win by one vote (winner takes all), leaving the loser out of government for several years. In a parliamentary system, winners and losers and less clearly defined because various permutations of ruling coalitions are possible. For this reason, I’ve advocated that a country like Afghanistan, which has a presidential system, become a parliamentary system; it already has an awkward power-sharing agreement between the winner and loser of its previous election that makes such a move seem reasonable. Tensions between various factions would be minimized in the cabinet of a parliamentary system that distributes power between various factions.

Although parliamentary systems can thus seem less stable than presidential ones, they are held together by the fact that their heads of state provide an element of stability not found in presidential systems. Since the head of government is the head of state in a presidential system, he or she cannot be a neutral political player. For example, President Obama cannot be a neutral political figure in the same way Queen Elizabeth II is. He is an elected figure from a major political party, and as such, he campaigns for his party. This is inherently polarizing. The separation between the parts of government that wield power and those that play a symbolic role is referred to by Bagehot as the difference between the dignified and efficient parts of government. The purpose of the dignified part, whether the person heading it is a monarch or a president or something else altogether, is to separate the part of government that is symbolic and worthy of reverence from the taint of dirty political work or failure. This preserves the basic structure, or “soul” of the state from the ever-changing tides of politics. Even a dictatorial regime such as Mussolini’s or the military in imperial Japan could not completely overtake the state because of the existence of a revered, dignified part of the government.

Presidential systems by their nature are majoritarian because in each system, a single leader is elected with a mandate from the majority of the state's population. As a result, presidential systems also trend toward autocracy, because the leader can plausibly claim he is doing the will of the people. As Vox pointed out, the late Yale political scientist Juan Linz observed in a 1990 essay that “aside from the United States, only Chile has managed a century and a half of relatively undisturbed constitutional continuity under presidential government—but Chilean democracy broke down in the 1970s.”

Therefore, as this election cycle demonstrates, there is much to be said for democracies to be structured as parliamentary rather than presidential ones. Institutional change in the United States is wishful thinking. Theoretically, however, without constitutional changes, some moves can be made in that direction. For example, the speaker of the House could became a prime minister of sorts, elected by the majority of the House, and take executive decisions if the president is willing to serve as a sort of ceremonial rubber stamp. This is, of course, unlikely. But if gridlock continues and the United States continues to have elections like the present one, in a few decades, a strong case can be made for major constitutional restructuring.