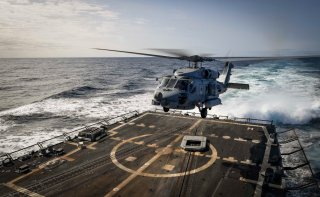 Here's What You Need to Remember: It’s a sensible idea, as long as the Navy remembers that radio was invented because it’s a much quicker way to communicate than physically sending a messenger. Radio also functions when the weather is too bad for helicopters to fly.