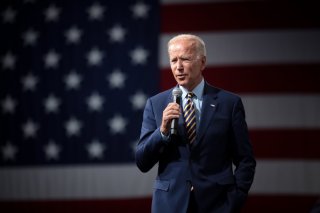 Here's What You Need to Know: As part of the proposed infrastructure bill, the federal government and Congress should look at providing funds to permit CBP to continue with its planned deployments of ASTs and fiber optic sensors. The infrastructure bill also should direct funding to states and localities so they too can acquire the same advanced surveillance technologies.

The situation on the southwest border is serious, some say critical. States and localities are responding to border crossings by implementing local surveillance and security measures.  Regardless of how the White House chooses to deal with border security, it can support the sovereign decisions of the states.

When the Biden Administration took office and canceled the Trump wall, it inherited a lot of state-of-the-art surveillance equipment that was going to be employed alongside the physical barrier. This equipment, bought and paid for, now rests in warehouses, piling up monthly storage charges. Much of it could be provided to the states to enhance their efforts to improve local security and safety.

Border security has always involved a mixture of physical barriers and surveillance technologies. This was likewise true for the Trump administration’s plan to build some nine hundred kilometers of wall along the southwest border. In addition to the much-maligned physical barrier, the plan involved the deployment of a variety of surveillance technologies and supporting command and control systems. Some of these, such as fixed and mobile towers equipped with a variety of sensors, were intended for deployment both in support of the new physical barrier but also in places where a wall could not be built. Others, such as underground fiber optic cables, would also have been employed in conjunction with physical barriers.

When the Biden administration terminated the construction of the wall, it also halted all work on supporting surveillance systems. Lots of material that the government had purchased ahead of time to complete the wall—and which had been paid for—now resides in warehouses. According to industry sources, this includes some 18,000 acres of fiber optic cable that was intended for use as part of an underground surveillance system paralleling the wall. A fiber optic cable buried a few feet beneath the surface can detect movement across it and, with the proper artificial intelligence-enabled assessment tools, distinguish between people, animals, and vehicles.

Several governors of southwestern states responded to the Biden administration’s border policies by seeking to implement their own measures to manage the movement of people, drugs, and other illicit materials. They have deployed additional state law enforcement officials to critical border regions. Governors from several non-border states, including Florida, South Dakota, Arkansas, Iowa, Idaho, and Nebraska, have all sent law enforcement personnel to assist the southwestern states.

Texas governor Greg Abbott announced that his state would build its own wall in those border areas where the Trump wall had been planned but not yet constructed. It is not clear what kind of wall Governor Abbott intends to build or where. However, if he wants an effective physical barrier, then the wall needs to be complemented by unmanned sensor systems. Texas may also find that there are places along its border where it is not feasible to build a wall but where they still need to know what is going on and who is seeking to cross. Advanced surveillance systems can provide a high-fidelity picture of these locations.

Where can Governor Abbott or other governors who want to enhance the security of their states get this equipment? The available supply of surveillance equipment purchased by the federal government is sitting idly in warehouses. There is a program through which the federal government provides surplus military equipment to state and local law enforcement organizations.

The Biden administration should provide those states with the excess surveillance systems purchased as part of the Trump wall program as requested. Since most of the money moved from the Pentagon to the wall project is either already sent or not recoverable, putting the existing equipment to good use makes eminent sense.

The kinds of surveillance systems acquired to back up the border wall can also be used to secure other locations and facilities. State and local governments are increasingly concerned about the safety of their infrastructure. To alleviate their concerns, these systems can be deployed to protect government buildings, transportation nodes, power generation centers, prisons and other facilities that could be vulnerable to intrusion or attack.

It is important to note that Customs and Border Patrol (CBP) has its own program to deploy high-tech surveillance capabilities. For several years, CBP has been deploying both fixed and mobile autonomously operated towers equipped with advanced surveillance technologies along critical sectors of the southwestern border. The Integrated Fixed Tower (IFT) program used a combination of electro-optical and infrared cameras along with laser designators to provide long-range surveillance.

This system is particularly useful in those sectors of the border where these long-range sensors can look deep into Mexico. Another surveillance program that has proven highly effective is the Remote Video Surveillance System (RVSS). This provides a mix of fixed and mobile towers that use advanced sensors to surveil the surrounding territory. One of the advantages of the RVSS system is that it provides truck-mounted towers that could be moved from place to place as patterns of movement across the border changed.

CBP has a new program underway to deploy a significant number of sensor systems along the border, some two hundred Autonomous Surveillance Towers (ASTs). It has already deployed approximately sixty ASTs to critical sectors, primarily in Texas and California. ASTs employ a combination of cameras and radar to provide a fused intelligence picture of the surrounding area. They also use advanced artificial intelligence to provides CBP officers at local command centers with a sophisticated operating picture of the situation at the border, distinguishing between refugees, smugglers and even packs of animals. The information from the ASTs will be integrated with the information coming from the IFTs and RVSS sensors.

As part of the proposed infrastructure bill, the federal government and Congress should look at providing funds to permit CBP to continue with its planned deployments of ASTs and fiber optic sensors. The infrastructure bill also should direct funding to states and localities so they too can acquire the same advanced surveillance technologies.