Could a U.S.-China World War Start by Accident? 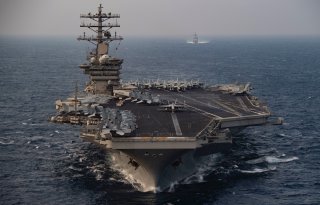 Here's What You Need to Know: They could do worse than simulate a high-seas collision and its diplomatic fallout as part of their gaming repertoire. Better to think ahead now than improvise later under hothouse conditions.

In September 2018, the question took on new urgency. A People’s Liberation Army Navy (PLAN) Type 052C destroyer cut across the bow of the destroyer USS Decatur as Decatur made a close pass by Gaven Reef in the South China Sea. Estimates vary, but it appears the PLAN ship passed somewhere within 45 feet and 45 yards of its American counterpart—compelling the Decatur bridge crew to maneuver to avoid collision. The imagery is striking. Whatever the actual range, terming this conduct “unsafe and unprofessional”—in the U.S. Pacific Command’s anodyne phrasing—understates how close the vessels came to disaster.