Could the U.S. Navy Defeat China? Russia Thinks So. 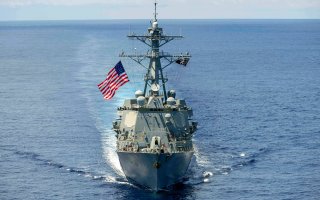 Key Point: Sivkov's scenario is hopeful for Americans, but based on a lot of assumptions.

Michael Peck is a contributing writer for the National Interest. He can be found on Twitter and Facebook. This article appeared earlier this year and is reprinted due to reader interest.