Could the Warsaw Pact Have Defeated NATO in a War? 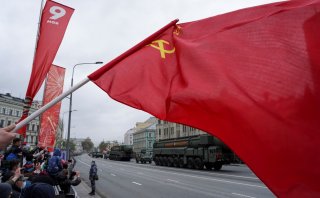 Here's What You Need to Remember: NATO’s assumption that the war would gradually escalate to nuclear weapons would have been fatal against an adversary that planned to use them on Day One. The use of nukes in Western Europe would devolved the decision to employ them away from NATO as a collective body to heads of the United States, France and the UK.