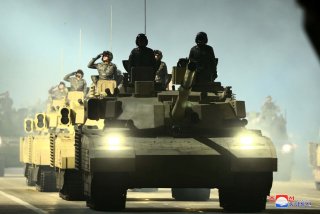 Here's What You Need to Remember: As discussed by The National Interest, even North Korea's latest Type 88 rifle is clearly modeled after the Soviet-era AK-74. By the same token, a great swathe of North Korea’s air force consists of over 200 Soviet and Russian fighters, notably including the MiG-29, Il-28, and Su-25.

Mark Episkopos is a frequent contributor to The National Interest and serves as research assistant at the Center for the National Interest. Mark is also a PhD student in History at American University. This first appeared in 2019 and is being republished due to reader interest.