This. Is. Crazy: North Korea Could Use These Old Planes in a War Against America 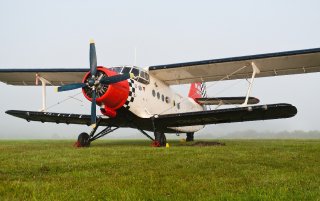 Here's What You Need to Remember: Pyongyang’s antiquated combat aircraft have limited prospects in a head-to-head confrontation with South Korean airpower, let alone that of the United States. The KPA’s continued investments in its An-2 is an example of how it has put considerable thought and effort in finding ways for its outdated hardware to project a credible asymmetric threat.