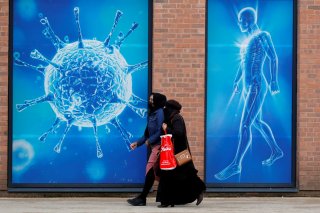 I’ve thought a lot about the pushback against technologies that automate jobs, and it seems we’re in for similar pushback here. Are you concerned about backlashes against CRISPR or similar technologies?

I’ll give you two anecdotes. One, in Hong Kong, during the media frenzy over the actions of He Jiankui, I overheard a prominent American scientist who looked pale and ashen-faced say, “This is an existential threat for the gene-editing community.” He was really scared that the backlash from this rogue, Chinese scientist trying to edit embryos who became a couple of Chinese babies. He thought it would have a perilous knock-on effect that would hamper perfectly appropriate efforts to treat patients with muscular dystrophy, Huntington’s disease, and Alzheimer’s disease by purely treating the patient with a form of gene therapy.

That thankfully hasn’t happened, and I think we’ve seen enough 60 Minutes episodes and enough magazine cover stories and documentaries. However, there is a wonderful documentary called “Human Nature” that I urge people to look for and watch that I think shows you how this is a new responsible technology in the medical arsenal.

Still, we see some pushback among regulatory agencies. For example, when it comes to regulating plants, in some countries, there’s fierce opposition to genetically modified foods. In Europe, in particular, the regulators have said that CRISPR, even though it’s the most precise form of gene-editing — where we’re like a surgeon knowing exactly what we’re doing — they’ve said that’s no better than genetically modified foods where you stick in a foreign gene. So many people, many are very upset by the current stance of European regulators.

Thankfully, things seem a little bit more enlightened here. Why would we put our head in the sand and ban a technology where we can, like a molecular scalpel, go in and fix the single letter of DNA that is potentially rendering corn or something susceptible to a parasite or a fungus? We’ve got to use technology to our advantage and trust the science, and I hope we can continue to do that.

Yes, a great note to end on. This is a point I tried to bring out in the early stages of the book. This technology arose from the study of a handful of obscure microbiologists in far places, studying some of the most obscure questions you could possibly imagine regarding bacterial immunity to viruses. Most people would scratch their heads and say, “Please, I don’t care about that. Why would I possibly care about how bacteria arm themselves to fend off viruses?” But that was the origin of the basic fundamental biology, investigator-driven research funded by organizations like NIH that led to this spectacular breakthrough, where we took these fundamental understandings of how bacteria work and then use them to our advantage.

We did this 30 years ago with the birth of the biotech industry. We took another family of enzymes in bacteria and said, “These have fantastic properties for manipulating DNA. We can use them to give rise to recombinant DNA.” And that was the birth of genetic engineering. One lesson from this book and from this story is that we have to continue to impress upon governments worldwide to fund basic research. Applied research is great. Big biology projects like The Human Genome Project are great. Still, there’s no substitute for smart, driven investigators following their heart and their passion, because you just cannot predict the discoveries that they’re going to make.

My guest today has been Kevin Davies, author of “Editing Humanity: The CRISPR Revolution and the New Era of Genome Editing.” Kevin, thanks for coming on the podcast.

Thanks for having me.