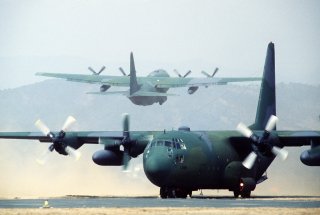 Here's What You Need To Remember: But equally intriguing is the potential to bring drones to the battlefield. With a range of more than 2,000 miles, a C-130 mothership could bring its squadron of drones closer to the target, rather than forcing them to fly hundreds or thousands of miles from a fixed airbase.

Michael Peck is a contributing writer for the National Interest. He can be found on Twitter, Facebook, or on his Web site. This article first appeared earlier this year.