Dead Prototypes: These Insane Tanks Never Made It To the Battlefield 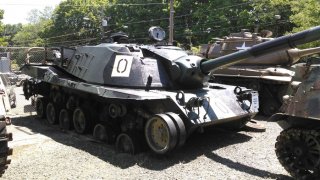 Here's What You Need to Remember: Of course, all of these features made the MBT-70 extremely expensive and prolonged its development. The project was canceled, but the innovations lived on.