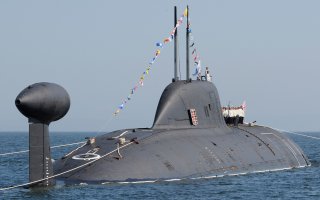 Key Point: The Akula was nearly as stealthy as the U.S. Navy's Los Angeles class.