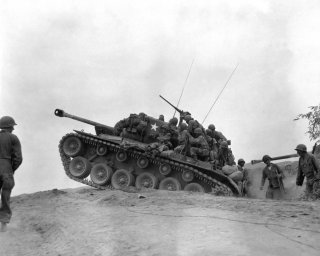 Here’s What You Need to Remember: The Battle of Taejon had been a tactical loss for the United States, but it had been a strategic victory that prevented the North to win the war in July 1950.

The Battle of Taejon had been a tactical loss for the United States, but it had been a strategic victory that prevented the North to win the war in July 1950.