Death From Above: 5 Weapons the Israel Air Force Uses to Kill 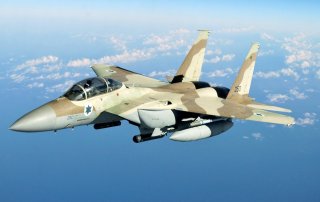 Here's What You Need to Remember: The Jericho III is the third missile to serve as Israel’s land-based nuclear deterrent. The Jericho III is believed to have a range between 4,800 and 6,000 kilometers, and is capable of carrying a 1,000 kilogram warhead payload.

Kyle Mizokami is a writer based in San Francisco who has appeared in The Diplomat, Foreign Policy, War is Boring and The Daily Beast. In 2009 he cofounded the defense and security blog Japan Security Watch. This article first appeared several years ago and is being republished due to reader interest.