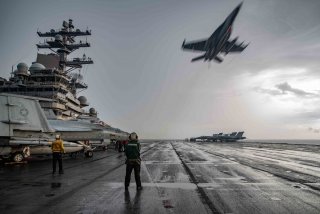 Here's What You Need To Remember:  It is entirely possible that the technical challenges cataloged here are insoluble at any affordable cost, much as restoring the dreadnought's supremacy was impossible in World War II. Accordingly, it behooves the U.S. Navy and friendly services to experiment with new technologies and concepts now, in case the sunset of the aircraft carrier approaches.