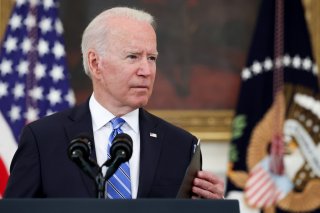 Social Security is a program that provides benefits to Americans, usually after they have retired, for the rest of their lives.

But how does Social Security know when people have passed away, and are therefore no longer eligible for benefits?

“You should let us know as soon as possible when a person in your family dies. You should also give the deceased’s Social Security number to the funeral director as they usually report the person’s death to us,” the administration said.

“Some of the deceased’s family members may be able to receive Social Security benefits if the deceased person worked long enough in jobs insured under Social Security to qualify for benefits. Contact us as soon as you can to make sure your family gets all the benefits they’re entitled to.”

Also, Social Security has ways of determining that fraud is taking place, related to the benefits of those who have died.

According to the website of the agency’s Office of the Inspector General, there are various procedures to follow, Social Security-wise, when a person passes away.

“When a Social Security beneficiary dies, the death is usually reported to SSA by a family member, a funeral home, or a government agency,” the site said. “Whoever does the reporting, according to SSA, the death should be reported as soon as possible. Often the funeral home will report the person’s death to SSA if the family gives them the deceased’s Social Security number.”

SSA also does not pay benefits for the month of the person’s death.

For family members to say nothing, and continue collecting Social Security benefits, is illegal.

“Using someone else’s benefits after that person dies is a Federal crime—even if nobody reports the death to SSA, and even if the benefit delivery to a joint bank account continues,” the Inspector General said. “OIG is responsible for enforcing the Federal laws that prohibit misusing someone else’s Social Security benefits. When a source—a private citizen, a bank, an SSA employee, or another agency—reports to us that this may be happening, we’ll review the allegation and potentially open a criminal investigation. If the investigation finds evidence of a crime, a prosecutor may bring criminal charges and seek court-ordered restitution to SSA.”

The Office of the Inspector General says it investigates hundreds of such cases per year and pointed out multiple instances in which such actions led to prosecutions, including one New Jersey man who pled guilty to collecting his late grandmother’s benefits for a decade.