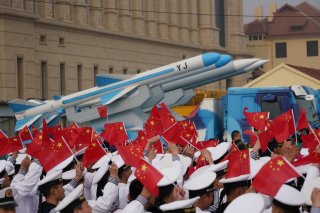 Here’s What You Need to Remember: It is not enough to think exclusively about the marine dimensions of strategy. To balk China’s gray-zone stratagems, Washington and its allies must take a page from Beijing and adopt a holistic, grand-strategic posture that applies patient, vigilant countervailing pressure on many fronts simultaneously. In short, the defenders of the status quo must think in shades of gray and must accustom themselves to acting in the twilight between peace and war. To do any less would concede to China the initiative—and the future shape of the regional order.