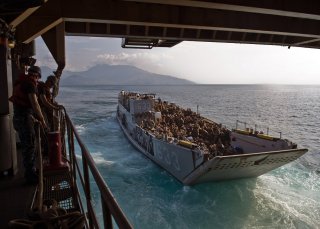 Here’s What You Need to Remember: Beijing has devised a variety of stratagems to flummox those who defy its claims to sovereignty over islands, sea and sky. China started out with light-gray, largely inoffensive gray-zone tactics twenty-five years ago, but they darkened into coercion over time as its ambitions and power mounted.