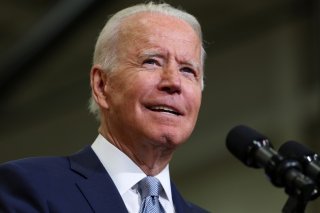 Here's What You Need to Remember: It does appear, however, that some lawmakers want to take meaningful action to quickly approve another round of stimulus checks. Twenty-one Democratic senators recently signed off on a letter to Biden that supports issuing to Americans recurring direct payments.

Amid this seemingly never-ending coronavirus pandemic, many Americans are already aware that over the past year, Congress has approved the delivery of three stimulus checks to most citizens—a $1,200 check in April 2020, $600 in December, and the current $1,400 payments that were green-lighted under President Joe Biden’s $1.9 trillion American Rescue Plan.

But as the Internal Revenue Service and the Treasury Department begin to wind down their disbursement of the current round of stimulus, there indeed have been more passionate calls among both ordinary cash-strapped Americans and Washington lawmakers to quickly approve another round or two of direct stimulus payments.

In recent weeks, the reason why is becoming more and more apparent: the highly contagious and now dominant Delta variant could potentially bring America’s fight against the virus back to square one.

Here in the United States, even though vaccination rates are much higher than the global average, new coronavirus cases over the past few weeks have risen in all fifty states. The current seven-day average of daily infections is sitting at roughly seventy-three thousand, according to data compiled by Johns Hopkins University.

That figure is approximately five thousand higher than what was witnessed at the peak last summer when the country didn’t have an authorized coronavirus vaccine.

“While we desperately want to be done with this pandemic, COVID-19 is clearly not done with us and so, our battle must last a little longer,” Dr. Rochelle Walensky, the director of the U.S. Centers for Disease Control and Prevention, said during a recent White House COVID briefing.

“This is hard. This is heavy. But we are in this together. And as we learn more about COVID, we continue to rely on proven ways to protect ourselves, our children, and our loved ones,” she added.

Making matters worse is the fact that the federal eviction moratorium has expired, meaning landlords in many parts of the country are able to officially begin removing people from their homes. According to a Census survey from last month, more than three million people said that they were likely to be evicted “within the next two months” and nearly five million renters admitted that they won’t be able to cover the rent for August.

It does appear, however, that some lawmakers want to take meaningful action to quickly approve another round of stimulus checks. Twenty-one Democratic senators recently signed off on a letter to Biden that supports issuing to Americans recurring direct payments.

“This crisis is far from over, and families deserve certainty that they can put food on the table and keep a roof over their heads,” they continued.