Dementia: The Deadly Disease So Many People Know So Little About 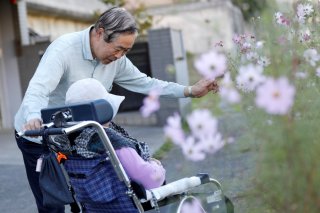 Dementia costs the UK twice as much as cancer every year. With 850,000 people currently suffering from the condition, the Alzheimer’s Society has said this will increase to more than 1m by 2025 and more than 2m by 2051 if prevalence rates remain stable. At a time when the evidence around the causes is developing rapidly, reducing people’s risk of getting dementia and delaying the onset are key priorities for the authorities.

Dementia is increasingly being recognised as a condition that affects not only people’s health but also our wider society. UK prime minister David Cameron launched “a national challenge” to fight the condition and improve both the health and the care provided to sufferers in 2012.

In Scotland, the government made dementia one of its national priorities in 2007 and then launched a new national strategy in 2013. To help maintain momentum, the Alzheimer’s Society released a powerful video clip last month called Gone to coincide with Dementia Awareness Week. It illustrates the isolating nature of the condition and the damaging effect it can have on family life.

We interviewed around 1,500 members of the public, exploring their knowledge, beliefs and attitudes towards the condition, those living with dementia and their carers. The results showed how deeply entrenched dementia is in the everyday lives of the public: more than three-quarters (76%) of people in Scotland know someone with dementia, and almost four in ten (38%) said a partner or family member had had the condition. Around one in five (19%) had given regular care to someone with dementia. This can be an extremely difficult duty, according to previous research which showed that four in five dementia carers said their physical or mental health has been affected – not to mention the possible financial impact.

We also found that the public cares deeply about overcoming the illness. Two-thirds of people (66%) chose dementia as their highest or second-highest priority for more government spending on care and support. This was a higher figure than for any of the other conditions listed: cancer, depression, stroke, heart disease and obesity. As far as prevention was concerned, 38% chose dementia as their highest or second highest priority, second only to cancer (68%). Yet dementia receives far less public or charity research funding than cancer in the UK, and slightly less than coronary heart disease.

But what was particularly interesting was that we found a disconnect between how much the public thinks it knows about dementia and what it actually knows. On the surface, knowledge of dementia in Scotland is relatively high. More than four in ten people (43%) said they knew “a great deal/quite a lot” about dementia. As you might expect, this figure was particularly high for those who had cared regularly for someone with dementia (74%), had a family member or close friend with dementia (54%), or were involved with the condition through their work (73%).

Yet just 3% of people correctly identified the five risk factors for dementia: high blood pressure, heavy drinking, genetic factors, smoking and diet. As many as 45% identified either none (21%) or just one (24%) of these risk factors correctly. The proportion of correct responses per factor ranged from just 22% for high blood-pressure to 52% for heavy drinking. The poor score on high blood pressure is particularly significant as the Scottish Health Survey, published last December, showed that three in ten Scots currently suffer from that condition.

In short, our findings confirm that dementia is a condition that has a major impact on our lives, for which we would very much like to find a solution. There is evident public demand for more funding for care and support for those living with the condition and their carers. At the same time, the authorities need to invest more resources to educate the public about its causes and what measures can be taken to prevent it. This could be an important opportunity to help reduce the prevalence of the condition in years to come.