Democrats Want To Pour Billions Into Amtrak, But America's Trains Are Obsolete 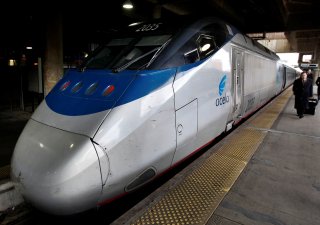 With a presidential candidate known as Amtrak Joe, a House Transportation & Infrastructure Committee proposal to triple funding for intercity passenger trains, and a proposal before Congress to spend $205 billion on high‐​speed trains, it is likely that increased subsidies to Amtrak and faster trains will be promoted in the near future. That makes it worthwhile to look at how the last major push to spend money on passenger trains worked out.

In 2009 and 2010, President Obama persuaded Congress to spend $10.1 billion on “high‐​speed intercity passenger rail” projects. Obama used other federal funds to bring this up to $11.5 billion, all of which was partially matched by at least $7 billion in state and local funding. After ten years, at least some of those projects must be working, right?

Of course not. I recently reviewed the ten major projects that were funded with this money, ranging from $116 million spent in Maine to $4 billion in federal money and a total of at least $10.5 billion from all sources spent on California high‐​speed rail. The results are even worse than I expected.

A comparison of Amtrak’s 2009 timetables with the timetables for 2019 shows that all of this money produced almost no results. In one corridor, trains were speeded up from 40.7 to 45.0 miles per hour. In another corridor, frequencies were increased from two to four trains per day. Finally, new train service was provided to two towns in Maine whose combined population is under 30,000 people.

That’s it. Average speeds in the Maine corridor actually declined, as they did in two other corridors. The California high‐​speed rail project, of course, will probably never be completed. Amtrak spent $1.6 billion on the money pit known as the Northeast Corridor, which has a $52 billion maintenance backlog, so the money didn’t lead to any real improvements.

One of the more tragic results was in the state of Washington, which accepted $800 million to speed up and increase the frequencies of trains between Seattle and Portland. The speed‐​up wasn’t going to result from faster trains but from a new, shorter route. Although Congress had passed a law requiring the installation of positive train control, the state didn’t bother. On the first day of running trains on the new route, the engineer, unfamiliar with the route, missed a speed limit sign and crashed the train, killing three people. Today, trains in the corridor are no faster or more frequent than they were in 2009.

Personally, I love passenger trains, but the fact is that they are obsolete. They are expensive, requiring large amounts of infrastructure which must be precisely maintained at great expense. They are inflexible, so if travel patterns change they are left in the dust. They take years to plan and build, and no one really knows what transportation will be needed a year from now much less a decade from now. Unlike highways and airports, high‐​speed trains could never be expected to pay for themselves. Whether high‐​speed or conventional‐​speed, passenger trains are a technology we can live without.

In the end, it is pretty clear that this $18 billion was completely wasted, at least as far as improving passenger trains goes. That won’t be surprising to critics of megaprojects, but it should give pause to those who think that spending billions or trillions on an obsolete form of travel will improve the quality of life in America. For a complete review of all ten corridors, see my policy brief.

This article by Randal O'Toole first appeared in CATO on July 28, 2020.