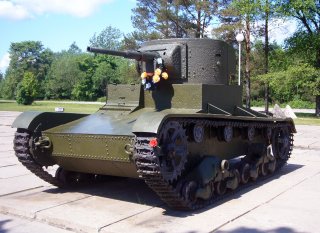 Here's What You Need to Remember: Despite being at the cutting edge of technology, World War II–era drones were only effective in highly specialized circumstances, not ideal for the fast-paced ground warfare of the conflict. The Soviet teletanks were an ambitious attempt to practice the sort of remote-control drone warfare that is rapidly becoming a reality today.