Despite Everything, America is Still an Optimistic Nation 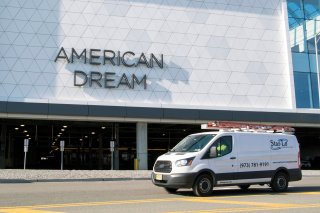 Just four years ago, President Obama and those in his administration regularly talked about the American Dream and their collective desire to help Americans realize it; the concept seems to be all but absent in the national discourse today. Not once was the idea or term mentioned during the first presidential debate between Donald Trump and Joe Biden. When it has been mentioned during the campaign, it is referenced negatively where campaigns accuse the other of destroying the Dream for Americans; the idea of helping Americans realize their own Dream is all but gone.

However, despite the present lack of positive discourse around the idea of the American Dream and policies about how to help Americans realize it, I have some good news: Americans are generally optimistic about their own and the nation’s future, though some significant changes have occurred in just the past two years.

Thanks to data collected at AEI two years ago and today, we know that the American Dream was something that an overwhelming majority of Americans — 80 percent — believed they had either achieved or were on the way to reaching in 2018. Two years later, Americans are less optimistic about the realization of the Dream, but a majority of Americans — 71 percent — still believe that they have either achieved the Dream (29 percent) or are on the way to achieving it (42 percent).

In the past two years, belief in the possibility of the American dream has declined across all segments of American society, but some groups have experienced a more dramatic drop, with race and ethnicity being most significant.

Just two years ago, there was remarkable parity when race was considered: 81 percent of whites, 80 percent of blacks and Hispanics, and 85 percent of Asians all had positive views of the Dream.

There were some racial differences in terms of the breakdown of how close Americans were to achieving the Dream, but collective optimism was the norm overall. Whites were more likely to believe that they had achieved the Dream compared to blacks (45 percent to 31 percent), but almost half of the surveyed black population (49 percent) thought that the Dream was something that they could reach. Asians were split with 41 percent stating that they had reached the Dream, compared to 44 percent who held that they were on their way. But while these were appreciable differences in overall achievement, there was no question that there was a sense that this Dream was real and possible across the board.

By 2020, with the rise of Black Lives Matter and a White House that is doing little to address their concerns, racial differences in views about the Dream have changed significantly. Today, about only one-third (34 percent) of white Americans and less than one in four (23 percent) Hispanics say they are living the American Dream. The number of black Americans who say they have achieved the Dream has been cut in half to 15 percent — a 16-point drop. The number of black Americans who now say the American Dream is not possible for them has jumped from 18 percent to 28 percent.

Put somewhat differently, the drops in outlook have been uneven and disconcerting. Whites went from 81 percent to 72 percent, but blacks declined from 80 percent positive to now 60 percent positive. Hispanics declined less than blacks to 69 percent from 80 percent and Asians to 76 percent from 84 percent — the lowest decline of all groups. This new disparity is understandable, given repeated shootings of unarmed black civilians and collective awareness that race relations need to be addressed. Repairing the damage will be a time-consuming challenge, and it is no surprise that blacks have lowered their expectations.

Taking this all in as the nation heads into a bitter and nasty November election with socio-economic division and real anger in the electorate, it is important to remember that Americans are more optimistic than pessimistic about the country’s future. Presidential candidates used to highlight the possibility and promise of the American people and in spite of the current malice, Americans to varying degrees collectively still see a promising and better future ahead.