Did China's J-20 Stealth Fighter Get a Second Set of Eyes? 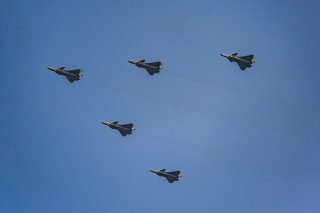 Here's What You Need to Remember: A second set of eyes and human decision-making capabilities could easily bring added value, as the human brain can quickly adapt to previously unknown emerging variables, analyze strategic, conceptual and tactical dynamics in ways beyond the current reach of computers and therefore ease the burden placed upon an individual pilot.