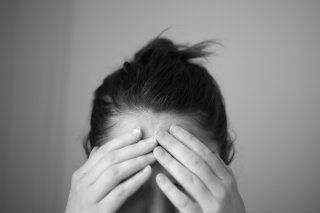 Lockdowns are seemingly vital for controlling COVID-19. Early evidence suggests they have a big effect on preventing deaths. But if we’re to keep using them, we also need to know their broader impacts. Many people are worried about lockdowns also having a negative effect on mental health.

Indeed, most assessments have found that they do. But these studies usually can’t distinguish between the effects of the pandemic and of lockdowns specifically. This is because they often only compare people’s mental states from before the pandemic and after lockdowns were introduced. A decline in wellbeing might be a response to the overall pandemic.

To better judge the impact of lockdowns on wellbeing, we need to isolate the critical period after the pandemic started but before lockdowns were launched, and compare how people felt at this point with how they felt during lockdown.

So, we conducted research using data from YouGov’s UK weekly mood tracker and Google Trends to do this. Following a rise in negative emotions at the start of the pandemic, our working paper found that wellbeing improved once lockdowns began – though not consistently for all social groups.

Separating lockdowns from the pandemic

From June 2019 to June 2020, YouGov surveyed a nationally representative sample of around 2,000 respondents each week across Great Britain. It asked them to report on 12 mood states: happiness, contentment, inspiration, optimism, energy levels, sadness, apathy, stress, boredom, frustration, loneliness and fear.

Data from the survey suggests that the pandemic had a strong negative effect on people’s mood, but that this quickly returned to baseline after the introduction of lockdown. Boredom, loneliness, frustration and apathy increased with the introduction of lockdown, but so did happiness, optimism, contentment and even inspiration. Meanwhile, sadness, fear and stress all fell.

Unfortunately, overall life satisfaction questions were only introduced into the mood tracker in April 2020. So, to consider how the pandemic and lockdown affected people’s general wellbeing, we had to attribute scores to respondents for the period prior to April based on their mood data (we calculated the scores using a statistical technique called regression).

While far from ideal, the results from this analysis – depicted in the figure below – suggest that life satisfaction similarly fell with the arrival of the pandemic and rebounded after lockdown began.

Lockdowns, while demanding, are a decisive and effective government response. So it’s perhaps not surprising that, with the threat of COVID-19 having rapidly accelerated in March, their introduction would to some extent lessen people’s concerns.

We then turned to Google search data in order to look at other countries. We wanted to see how people’s feelings of negative emotions – what’s known as “negative affect” – may have changed over time.

Google Trends shows the relative popularity of specific Google search terms on a week-by-week basis. We focused on the period June 2019 to June 2020, restricting our analysis to English-speaking countries – namely the UK, New Zealand, Australia, India, South Africa, Ireland, the USA and Canada.

We then created a measure of negative affect by looking at the combined popularity of the following terms: “psychological stress”, “boredom”, “frustration”, “sadness”, “fear” and “apathy”.

As shown in the following figure, the trend of negative affect seen in UK Google searches closely matches the trend seen in the YouGov mood survey.

And the Google data shows similar trends across other English-speaking nations. This measure of negative affect rose sharply with the outbreak of the pandemic, then began to fall as lockdowns were implemented.

Statistical analysis of these trends in the Google data shows that, on average, negative affect fell by 17% in the one-month period immediately after various lockdowns were introduced. Again, given that lockdowns tended to begin when uncertainty, new COVID-19 cases and daily deaths were at their peak, it’s perhaps not surprising that we see this effect.

Some social groups were affected more than others

Of the remaining half, we found acute negative effects on the wellbeing of the elderly, professionals, those living alone and women.

The wellbeing of elderly people had already fallen prior to lockdown beginning, most likely because of the greater threat posed to older age groups by COVID-19. Increases in social isolation, loneliness and boredom post lockdown may then have disproportionately affected older groups, as well as people living alone.

For small business owners and staff, economic insecurities related to retail closures and employee furloughs may have had a disproportionate impact on wellbeing.

And it’s clear that lockdown entailed particular hardship for women, often because of additional childcare and home schooling responsibilities not being shared equally.

But we also found positive effects for low socioeconomic status (SES) individuals, especially men. We suspect that this reflects the income support made available to these individuals. The following figure shows how life satisfaction rose among three low SES groups (skilled and unskilled manual labourers and the underemployed) during the lockdown according to the YouGov data.

Low SES men are one of the highest risk groups for completed suicide attempts. The relatively good mental health outcomes for this group during lockdown could provide one explanation for the somewhat unexpected reduction in suicides that has been seen in some countries during the pandemic.

Much of the world is reopening, but further lockdowns may be necessary in the event of a second viral wave. While there are many factors to consider when deciding whether to lock down, the impact on mental health isn’t straightforward. Our research suggests that while lockdowns do adversely affect some groups, they also have the potential to redress some of the negative mental health impacts of the pandemic itself.

Mark Fabian is a Research Associate in Public Policy at the University of Cambridge.

Roberto Foa is a Lecturer in Politics and Public Policy at the University of Cambridge.

Sam Gilbert is an Affiliated Researcher in Public Policy at the University of Cambridge.