Did a Decades-Old Russian Made Missile Hit an Israeli F-35? 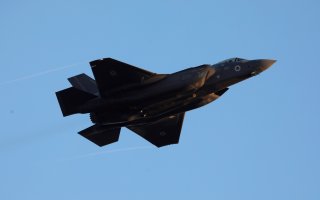 Here's What You Need to Know: Evidence for the Russian claims seems rather tenuous.

A few years back, pro-Russian media claimed that an Israeli F-35I was hit and damaged by a Russian-made S-200 surface-to-air missile during an Israeli air strike in Syria. Israel said one of its F-35s was damaged—after colliding with a bird.

This article first appeared in October 2017.