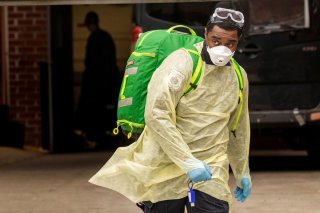 The Federal Emergency Management Agency (FEMA) is responsible for organizing the shipments of two weeks’ worth of gloves, gowns, surgical masks and eye protection for around 15,ooo individual facilities, The WSJ reported. Many nursing homes said as the coronavirus pandemic progressed and they faced shortages, federal assistance was needed sooner.

The federal initiative “supplements existing efforts to ensure nursing homes across the country have PPE during the COVID-19 pandemic,” a FEMA Spokeswoman said, according to The WSJ. As of Tuesday, 13,654 packages had been sent out.

“If we were out of everything else, we would go to this stuff,” said Chief Executive Randy Bury, of the Evangelical Lutheran Good Samaritan Society, a nonprofit organization, The WSJ reported.

The Society said only about half of its 147 nursing homes across the country received federal supplies, but they don’t plan on using the gowns, masks or most of the gloves, according to The WSJ.

“If we had some of this stuff in use, and had an infection-control survey, I would be afraid they would cite us for insufficient PPE,” Bury said, The WSJ reported. Some of the gear sent by FEMA might fail a regulatory inspection because “most of the masks were too small for adults, and the ear loops were too loose, while many gloves were also too small to fit staffers,” Bury said.

The blue medical gowns sent in gear shipments were described as large and not fitted, requiring tape to secure them, nursing-home executives told The WSJ. The gowns would have to be ripped to be removed which would increase the risk of exposure to the virus, said John Hovey, health-care administrator at Warm Beach Senior Community in Stanwood, Washington. He described the gowns as “glorified garbage bags.”Two Genesis Healthcare Inc. facilities received gowns from FEMA that lacked hand holes, The WSJ reported. “We are not aware of other issues other than the reality that a one-week supply is obviously not enough given the complexity of the virus which continues to impact nursing homes,” Richard Feifer, the chief medical officer said.

The FEMA spokeswoman said the gear included in the shipments meets requirements set by the FDA or the Association for the Advancement of Medical Instrumentation, a nonprofit, The WSJ reported. She added that after concerns about the quality of the gear were expressed, “the contractor is working on a short instructional video” on proper use of the medical gowns.

Nursing home facilities are still reporting shortages of gear, The WSJ reported. A federal survey conducted by the Centers for Medicare and Medicaid Services found 673 instances of nursing homes lacking quantity in at least one category of personal protective gear and 3,138 facilities with less than a weeks supply in at least one category of gear.

FEMA did not respond to the Daily Caller News Foundation’s request for comment.