Did Nazi Germany Turn America Into A Military Superpower? 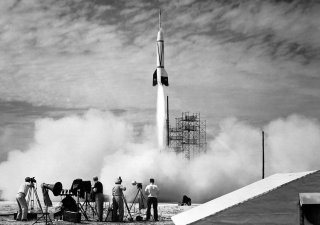 Key Point: Nazi rockets were advanced, but many of their other wonder weapons were underwhelming. Here's how America raced to gain all and any Nazi tech.