Did the Russian MiG-29 Fulcrum Live Up to the Hype? 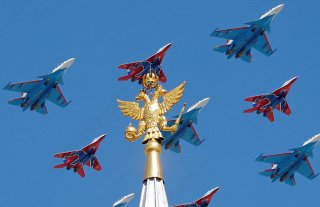 Here's What You Need to Remember: These limitations in part reflected Soviet doctrine in which pilots were intended to be closely directed by ground controllers, so their situation awareness was less of a priority. The lack of modern electronics was what ultimately led the German Air Force to retire its Fulcrums, despite being more agile than their F-4s and Tornados.