Did Stimulus Checks Save the U.S. Economy? 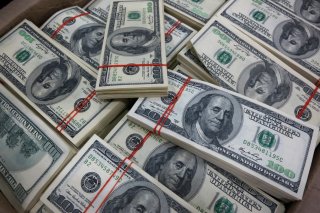 Here's What You Need to Remember: “During the COVID-19 pandemic, the federal government used a flexible, broad-based, quickly deployed, cash-based safety net to respond to the greatest economic crisis in modern times. The evidence suggests that doing so went a long way in preventing widespread hardship,” the study concluded.

When one asks whether stimulus packages have “worked,” they’re really asking two questions. The first is whether the packages had the economic effect that they were supposed to have, such as reducing unemployment, promoting economic growth, and otherwise leading to positive macroeconomic outcomes. The second question centers around whether it actually helped people, and reduced the difficulties brought about by the pandemic.

A new study looks specifically at the second question and concludes that it did indeed work.

The study concluded that material hardship in U.S. households “fell sharply following the passage of the COVID-19 relief bill in late December 2020, and the American Rescue Plan Act (ARPA) in March 2021.” Also, food insufficiency dropped by over 40 percent between December 2020 and April 21, financial instability fell by 45 percent, and “reported adverse mental health symptoms” fell by 20 percent.

The Michigan study also concluded that declines in material hardship were greatest among low-income communities, but also notable among other populations.

“We believe the success of the federal government’s relief measures may be due to the speed, breadth, and flexibility of its broad-based approach, primarily relying on cash transfers,” the conclusions said.

The study refers only to the bill that passed in late 2020, in the waning days of the Trump administration, and to the American Rescue Plan, which passed in March under President Joe Biden.

“Our analyses thus far have yielded a fairly simple story: throughout the crisis, the level of hardship faced by U.S. households can be directly linked to the federal government’s response,” the Michigan report said.

“Despite historically high unemployment, in July 2020 we found that rates of hardship were stable—and in some cases declining—following the roll-out of Coronavirus Aid, Relief, and Economic Security (CARES) Act income support programs such as Economic Impact Payments (EIPs) and expanded unemployment insurance. Hardship remained relatively stable into early fall 2020 before increasing markedly in November and December 2020 as the economic recovery stalled and Congress delayed action on further relief measures. The trends we see in these hardship data are consistent with trends in other metrics of well-being during the crisis.”

The study’s authors concluded that the stimulus has, in fact, worked.

“During the COVID-19 pandemic, the federal government used a flexible, broad-based, quickly deployed, cash-based safety net to respond to the greatest economic crisis in modern times. The evidence suggests that doing so went a long way in preventing widespread hardship,” the study concluded. “The success of this approach is worth learning from, and building off of, in the months and years ahead.”