Did Sunbathing Russian Sailors Nearly Lead to a Naval Collision? 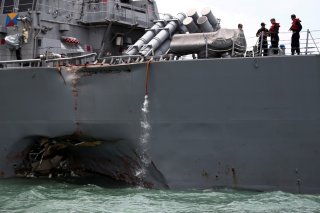 Here's What You Need to Remember: Regardless of who was at fault, or just how close disaster came, one thing is certain: Nothing will ruin a relaxing morning out in the sun like nearly crashing into another warship.

After Russian and American warships nearly collided in the East China Sea back in 2019, both countries were quick to accuse the other of "dangerous and unprofessional" behavior, according to a June 7 report by Reuters.