The Digital Divide: Is Equal Access to the Internet Worth Striving For? 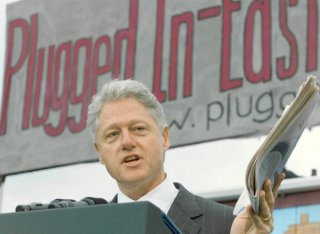 My AEI colleague Shane Tews recently wrote an excellent article addressing important questions about providing broadband to the more than 17 million American households without reliable, affordable high-speed internet access — more than 80 percent of whom live in rural areas. From a supply-side perspective, the cost of deploying networks in rural areas certainly favors the adoption of a technology-agnostic subsidy policy that delivers the most cost-effective capacity and meets the Federal Communications Commission’s (FCC) minimum standard for high-speed internet.

Policies supporting such initiatives are frequently promoted as ways to close “digital divides” or to promote “digital inclusion.” To the extent that these policies make connectivity accessible (and/or affordable) to previously unserved populations, then gains have been made at an absolute level. The US is fortunate to have an enlightened policy that specifies rural availability in absolute terms (currently 25 megabits per second (Mbps) download). When an investment is made, it is clear that the objective has been met. The divide has been narrowed for the time being.

But can digital divides ever be completely closed? Such motivation certainly attends most policies promulgating subsidies for networks in rural areas or connection fees for low-income people in urban areas.

Unfortunately, solutions for closing digital divides in developed countries such as the US have proven as elusive as the objective of eliminating poverty, and for much the same reason. In practice, divides are perceived predominantly in relative rather than absolute terms. Indeed, while it is specified as an apparently objective number, the FCC’s current 25 Mbps standard is derived from a moving target based on networks currently available to average consumers, which have constantly improving capabilities.

The long-term reality is that internet access is provided in one of the most technologically dynamic environments we have ever known. As fast as new capacity is rolled out in rural areas, newer, more capable networks are deployed in lower-cost urban areas. The divide reduced by the subsidized rural infrastructure is almost immediately widened again by this new investment. Furthermore, new capacity is almost always rolled out first in locations where there is a higher willingness to pay for it. These are rarely the same locations occupied by low-income households receiving subsidized support for basic connectivity.

The lower-capacity subsidized networks (and subsidized households) are thus perpetually perceived as missing out on something available to more wealthy consumers. The greater the uptake of new network connections by the better-endowed, the greater the gap in actual services received between average consumers and subsidized consumers (whose choices are severely limited) becomes. And as the accompanying pressure for even more subsidies to reduce the divide (or turn exclusion into inclusion) rises — particularly in election years — the cycle begins again.

Thus, it appears that digital divides may always be with us, at least as long as the industry remains technologically dynamic. They will fully close only when innovation ceases.

Equity? Equality? Or something else?

This does not mean that broadband subsidies should not be provided. Rather, it begs the question of how these subsidies should be perceived. Arguably, this should be based on an absolute (as opposed to relative) objective at any given point in time.

Under an absolute standard, real divides can be expressed in terms of the capacity for individuals to access services meeting this standard, rather than in terms of the technological characteristics of the most capable networks available at the time. The current US 25 Mbps target already meets this test. However, defining divides by access to the most capable networks currently offered (e.g., fiber) — even though access to legacy networks (e.g., cable) still offers connectivity well above the objective US standard — on the basis that unequal service qualities underpin social inequities is unhelpful, as they can never be closed in a dynamic market. Just because some people drive Ferraris does not mean that all drivers must have (subsidized access to) Ferraris.

The demand for internet connectivity is a derived demand, based on the demand for the applications supported by the connectivity. This offers a constructive way forward for defining divides and objectives to address them. As applications and internet connections are dynamic, both in the range routinely used and in their technological requirements, then the capacity of a subsidized network can be defined in terms of its capability to support access to a bundle of applications at a defined quality of service.

Applications rather than networks can become the basis of defining (and ameliorating) divides. If a new application is deemed essential to an individual’s ability to participate fully in society, then it can be added to the bundle (and obsolete ones removed). If its addition necessitates a revisiting of the minimum standard, then the issue of whether new subsidies are required to increase network capability (or individual access to existing ones) can be addressed objectively.