A Diplomacy-Based Strategy to Deal with China 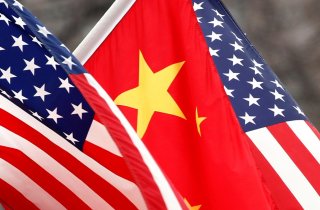 The generation of civil and foreign service officers that came of age in the post-Cold War and 9/11 worlds were often more steeped in non-traditional security threats and sub-national conflict than competitive statecraft. Yet, the 2017 U.S. National Security Strategy and 2018 National Defense Strategy point to a security environment where strategic competition, particularly competition with China, is ascendant. Although the allure of geopolitics has transfixed much of the Department of State’s political leadership, inter-state competition is a cross-cutting issue rife with bureaucratic and policy complexities that often makes it difficult for agencies, bureaus, or offices not traditionally focused on inter-state competition to bring their regional and thematic expertise to bear.[1] Adding to these challenges is a tendency for public servants unfamiliar with Chinese history and politics to latch onto talking points like malign influence and debt-trap diplomacy as guideposts when creating programs, papers, or policies. While these terms may be powerful narratives for an external audience, U.S. foreign policy practitioners should recognize them for what they are: effective messaging.[2]  It is when the U.S. foreign policy community starts to internalize Washington’s external messaging that it runs the risk of misidentifying problems and proposing ineffective solutions.

Career foreign policy professionals are understandably eager to work one of the most pressing national security challenges of the 21st century, but effective tactics aimed at competing with the People’s Republic of China require thoughtful discretion, nuance, and the discipline to resist incentives that encourage a myopic focus on the short-term. The strategy below outlines ways the U.S. national security community can effectively—and discreetly—contribute to efforts aimed at competing with the People’s Republic of China outside the paradigm of political rhetoric, jargon, and reactive diplomacy. It also offers a set of goals that take into account Washington’s constrained resources over the medium term and the importance of avoiding a framework like that of the Cold War, where the United States is seen as seeking victory over the Chinese Communist Party, regime change in Beijing, or an end state where countries are forced to choose sides. These subtle, yet achievable, goals are 1) ensure friends, allies, and partners can protect their sovereignty, identity, and freedom of choice and 2) the United States is not shut out of any region and maintains an ability to compete with China for global influence in the economic, ideological, cultural, military, technological, and political realms.[3]

DEFINING THE PROBLEM: A CLASH OF IDEALS, NOT CIVILIZATIONS

Whether a real reckoning with past policy failures or a calculated measure of the current political winds, many influential China hands have walked back their previously held views that engagement with the Chinese Communist Party would eventually bring Beijing into the fold of a liberal, rules-based order.[4] Elizabeth Economy summed these well-meaning foreign-policy thinkers who either downplayed the Chinese Communist Party’s stated goals and ideology as empty rhetoric from a bygone era or overestimated the transformative power of liberal ideals, writing, “We must deal with China as it is today,” not how we think it should be or want it to be.[5] Most in the foreign policy community now recognize Beijing’s surveillance state as antithetical to the U.S. vision of an open society where ideals like individual rights and personal security serve as the sine qua non for the state-society relationship.[6] As John Garnaut notes in his widely read 2017 speech, Chinese President Xi Jinping’s “project of total ideological control does not stop at China’s borders. It is packaged to travel with Chinese students, tourists, migrants and especially money. It flows through the channels of the Chinese language internet, pushes into all the world’s major media and cultural spaces and generally keeps pace with and even anticipates China’s increasingly global interests.”[7] The United States must ensure there are competing narratives that credibly challenge Beijing’s worldview and its definition of what constitutes a “harmonious society.”[8] Washington must also prevent pivotal regions like Southeast Asia from falling into a Beijing-led hierarchical system closed to U.S. influence and engagement.

Before diving into specifics, it is important to note three overriding concepts defining strategy and planning when it comes to China-focused programs. First, Western culture is not incompatible with traditional Chinese political philosophy, even if communist authoritarianism is. China’s contribution to Western governance structures through concepts like bureaucracy and meritocracy is worthy of study and recognition when considering the evolution of statecraft and international governance. The aspirations of China’s people should be a welcome contribution to the global marketplace of ideas. Second, the notion that China’s reemergence will inevitably lead East Asian international relations back to a pre-European China-led hierarchical system, as some scholars have argued, is misguided historical determinism akin to reinventing 19th Century American manifest destiny.[9] Likewise, claims that Chinese culture is incompatible with liberal values are as much a falsehood as saying U.S. democracy could never fall under domestic tyranny. Third, competition with China should not preclude cooperation, even if it is now apparent that Washington’s previous approach—the idea that the United States could share leadership in certain areas and multilateral institutions with Beijing—was flawed. Areas of cooperation cannot follow ideologically driven views that the Chinese Communist Party will inevitably become a more responsible stakeholder once it is brought into the liberal, rules-based order.[10] Even within the context of cooperative organizations, the United States and its partners must vie for influence and leadership.

THE ABCS OF GRAND STRATEGY: ALWAYS BE COMPETING

Competing with China requires proactive diplomacy where bureaucrats work to develop and execute flexible tactics aimed at achieving measurable objectives that advance a broader strategy in pursuit of steady foreign policy goals. This does not mean an office, bureau, or agency needs to dramatically shift its mission. An entity’s main lines of effort—whether counterterrorism, stabilization, environmental protection, or economic development—can all help countries protect their sovereignty, identity, and freedom of choice as long as an Always Be Competing principle is built into each project/initiative and that this competition is tied to clear goals, such as those noted above.

While an Always Be Competing approach would not require a significant shift in mission, it will require a shift in mindset. For example, the goal of some counterterrorism work in the southern Philippines had previously been tied to reducing violence, stemming the spread of violent extremist organizations, and mitigating terrorist threats.[11] An Always Be Competing approach would not abandon these important objectives but would define the goal as contributing to a process that transforms the Philippines from a country long consumed with internal security threats to a partner capable of a viable external defense. Attaching these lofty long-term goals to a specific office’s work would not always mean a change in tactics or programming. What it would do is change incentives, thus shaping how bureaucrats approach planning and project design. In most cases, adopting an Always Be Competing approach would compliment and sometimes enhance existing projects or engagements. If the goal in the Philippines were to simply reduce violence and mitigate terrorist threats, programming decisions would reflect the medium-term nature of those incentives. In shifting to an Always Be Competing incentive structure, programming decisions would still look at ways to reduce violence, but they would also incorporate tactics aimed at transitioning the Armed Forces of the Philippines from its domestic security role into an outward-focused force with a wary eye on its maritime domain. These tactics could include programs aimed at good governance; women, peace, and security; community resiliency, or security sector assistance—all within many U.S. government agencies’ existing lines of effort.

A critical component of an Always Be Competing approach to programming and engagements is that it remains indirect and discreet. Policy desks at U.S. foreign policy agencies work on direct competition. They are on the front lines of competitive statecraft and often wary when well-meaning entities seek to engage in programs broadly aimed at countering China. While an office’s internal planning documents should ensure strategic competition goals are included in programmatic incentives, most entities have nothing to gain by overtly advertising their work as countering China. Not only does this rankle certain bureaucratic counterparts, it is often counterproductive.

For example, direct public shaming has achieved many positive effects in raising awareness of Beijing’s shocking policies in Xinjiang, but it also allowed the Chinese Communist Party an opportunity to bend the narrative on what constitutes counterterrorism. The concept of a Xinjiang model—which is actually a collection of regime stability programs having little to do with counterterrorism—did not exist until intense international pressure led Beijing to double down on its policies.[12] In defending its tactics, Beijing stretched the realm of acceptable international discourse on counterterrorism, making it easier for other countries to follow its path.[13] If the U.S. goal were to change Beijing’s behavior, promote U.S. values, and ensure important geographical regions remain open to the United States and its partners, Washington could complement its direct tactics with indirect approaches. For example, U.S. diplomats could deploy experts to pivotal regions like Central Asia to brief counterparts on peer-reviewed research, data, and best practices on rights-based approaches to countering violent extremism without ever having to mention Xinjiang. Much more than Americans, Asian populations are sensitive to nuance and indirect communication and would likely appreciate the attempt to debunk China’s policies without discussing the Xinjiang issue directly.[14]