Do We Really Need an Independent Air Force? 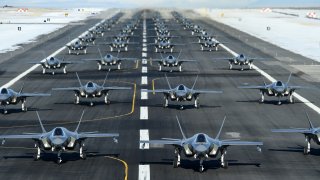 Here's What You Need to Remember: In brief, the United States needs air power, but it does not need an Air Force.

With the Iraq and Afghanistan wars over, why does the United States need to maintain two large land armies, the Army and Marine Corps? The question seems perfectly reasonable given the apparent absence of large terrestrial threats, but it leads us down the wrong path.