Do You Want Your Own F-4 Phantom? You Can Have One. 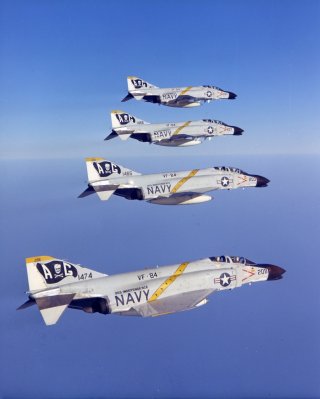 Here's What You Need To Remember: The Phantom McDonnell Douglas F4H-1F Phantom II Bu.145310 — a pre-production variant and the 11th one produced before the plane was ultimately re-designated the F-4 in September 1962 — is on sale for $3.95 million

James Clark is a staff writer for Task & Purpose. He is a former Marine combat correspondent and a veteran of the War in Afghanistan.

This article originally appeared at Task & Purpose. Follow Task & Purpose on Twitter. This piece was first featured in March 2018 and is being republished due to reader interest.