Does America Have a Confidence Problem? 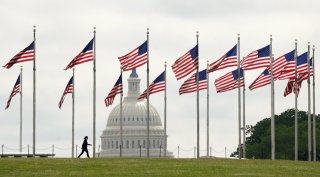 I’m finally watching “Civilization,” the 1969 BBC mini-series written and narrated by British art historian Kenneth Clark. Over 13 episodes, Clark presents the history of the West through its art. It was Clark’s goal to make manifest the famous quote — cited in the series — of 19th century English art critic John Ruskin: “Great nations write their autobiographies in three manuscripts, the book of their deeds, the book of their words and the book of their art. Not one of these books can be understood unless we read the two others, but of the three the only trustworthy one is the last.”

Something to consider as we all binge watch the “golden age” of American television during this pandemic. But it’s a quote from Clark himself in the first episode that continues to resonate with me. Here he is explaining the decline and fall of the Roman Empire, and in the process highlighting some warning signs for those who value the liberal democratic capitalism of today: “Of course, civilization requires a modicum of material prosperity — enough to provide a little leisure. But, far more, it requires confidence — confidence in the society in which one lives, belief in its philosophy, belief in its laws, and confidence in one’s own mental powers.” Also confidence to strongly argue for the defense, I might add.

How confident is America right now amid a historic economic shock, a still spreading pandemic, and civil unrest not seen since the 1960s? And all of that tumult after a decade of slow-growth overhang following another historic economic shock, the global financial crisis. One wonders (at least I wonder) if a lack of societal confidence will lead to a more risk averse society — and thus a less energetic and dynamic one. If one were looking for a recipe for long-term stagnation, these are key ingredients.

Indeed, I keep coming across the risk aversion and the risk it poses for the American economy going forward. For example: In a new research note, economist Mark Zandi says “businesses and households will remain cautious” heading into the second half of 2020, in part because of the impact of a still-dangerous virus on the “fragile collective psyche” of the American public.

But it’s not just COVID-19 making us risk averse, nor is this a 2020 or recent phenomenon. As a 2013 Wall Street Journal piece outlined the issue, “Americans have long taken pride in their willingness to bet it all on a dream. But that risk-taking spirit appears to be fading.” The tepid tale of the tape:

In 1982, new companies—those in business less than five years—made up roughly half of all U.S. businesses, according to census data. By 2011, they accounted for just over a third. Over the same period, the share of the labor force working at new companies fell to 11% from more than 20%. … Americans move less often, with rates of interstate migration falling for at least 20 years, according to census data. The share of workers who voluntarily left their jobs in a given year plummeted to 16.1% in 2009 from 25.2% in 2006 and remains well below prerecession levels. … Companies, too, are taking fewer risks. Rather than expanding payrolls, for example, they are keeping more cash on hand—5.7% of their assets at the end of 2012, up from under 3% three decades earlier, said the Federal Reserve, a rise that accelerated after the recession. Workers are hired more slowly, particularly at newer companies, Labor Department data show.

What explains less willingness to give it a go? Lots of possibilities: lack of healthcare portability, occupational licensing, big company power, an aging population. But whatever the reason, a lack of confidence about the American system combined with risk aversion, skepticism about technological progress, a lack of future-oriented thinking, and a move toward a more drawbridge-up economy is a worrisome combination for a nation in need of greater and more widespread prosperity and opportunity.