Does America Really Need To Bring Back Pharmaceutical Supply Chains From China? 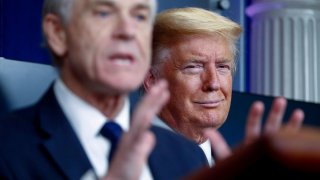 The Wall Street Journal reports that Eastman Kodak Co. has received initial clearance for a $765 million loan from the U.S. International Development Finance Corporation (DFC), issued under the Defense Production Act with no congressional input or oversight (or transparency), to produce “starter materials” and “active pharmaceutical ingredients” (APIs) for generic medicines, including the President’s favorite drug hydroxychloroquine. According to the WSJ story, the government financing – if formally committed after due diligence – would allow the (famously-mismanaged) camera‐​turned‐​digital‐​turned‐cryptocurrency company to “change gears” once again and become a “pharmaceutical company,” with this brand new division eventually (supposedly) making up 30% to 40% of Kodak’s entire business.

For the U.S. government, the goal of the loan is to “reduce reliance on other countries for drugs,” especially in case of a pandemic. Although multiple sources identified China as the primary concern (isn’t it always?), White House senior adviser Peter Navarro was more honest about the loan’s actual intent – supply chain “repatriation”:

President Trump similarly hailed the deal as a “breakthrough in bringing pharmaceutical manufacturing back to the United States.”

Given these statements and the emergency action at issue, you’d think that American pharmaceutical manufacturers are in dire straits or that the United States is now suffering major shortages of critical pharmaceuticals. Fortunately, a review of the available data tells a different story.

First, although solid public stats on global API production are not available, the data we have do not indicate that government funding is urgently needed:

[A]ccording to the Food and Drug Administration, of the roughly 2,000 global manufacturing facilities that produce active pharmaceutical ingredients (APIs), 13 percent are in China; 28 percent are in the USA, 26 percent in the EU, and 18 percent in India. For the APIs of World Health Organization “essential medicines” on the U.S. market, 21 percent of manufacturing facilities are located in the United States, 15 percent in China; and the rest in the EU, India, and Canada.

The FDA adds that the United States was home to 510 API facilities in 2019, 221 of which supply the aforementioned “essential medicines.”

A recent report from the World Trade Organization further notes that, while the United States is indeed a major importer of pharmaceutical products, it’s also one of the world’s largest exporters, having shipped almost $41 billion in medicines (35% of total U.S. medical goods exports) last year. So it’s safe to say that, contra Navarro and Trump, this is hardly an industry in serious distress.

Third, the pharmaceutical supply chain has held up pretty well (so far). Imports of pharmaceuticals that the U.S. International Trade Commission recently deemed critical to fighting COVID-19 have not collapsed in 2020 – in fact, only 16 of 63 products have seen an average monthly decline of more than 20% (by quantity) as compared to the product’s monthly average in 2019. A majority (35) have increased this year – some quite substantially. These are top‐​line estimates in an extremely volatile market so caution is warranted, but they’re still noteworthy, given that the entire world – including major pharmaceutical suppliers in China, Europe, India and elsewhere – was suffering through a generational pandemic for most or all of the months at issue.

Imports, of course, are only one part of the supply chain story (inventories, stockpiles, domestic production and other factors are also relevant). Most importantly, there have been few (if any) signs of major national drug shortages. The last FDA notice on a potential shortage was in late March for the trendy (at the time) hydroxychloroquine – a shortage that never actually materialized. There’s also been no major spike in drugs that the FDA lists as “currently in shortage”: as I noted a few months ago, there were 109 drugs on the list in mid‐​December of last year; 103 in late February 2020; and then 108 in mid‐​April. This week, after months of unanticipated chaos, that number stood at 117 – a little higher, yes, but not a crisis.

All of this raises a host of questions that deserve to be answered before a dollar of taxpayer money is actually sent to Rochester:

Unfortunately, there’s seemingly no way to know the answers to these questions at this time (though DFC says it eventually “will make detailed project‐​level information publicly available, consistent with applicable law”). This didn’t stop Kodak’s stock from exploding upward this week (some of it a little early?), but hopefully someone in Congress is a bit more skeptical.

This article by Scott Lincicome first appeared in CATO on July 29, 2020.