Does the CARES Act Have a "Stealth Bailout"? 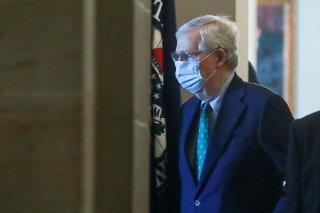 A few weeks after the passage of the CARES Act, commentators began criticizing the Act’s provisions liberalizing the tax treatment of business losses. A New York Times piece argued that one of the provisions was a giveaway to the real estate industry. A more recent Bloomberg article called the provisions a “stealth bailout” for oil and gas companies. While there is room to improve the provisions, they are neither a bailout nor a giveaway.

The CARES Act liberalized the tax treatment of business losses in three ways. First, when businesses “carry forward” losses to offset profits in subsequent years, the Act temporarily allows the losses to offset 100 percent of the profits in each future year. Under the Tax Cuts and Jobs Act (TCJA), only 80 percent of each year’s profits could be offset. Second, the CARES Act temporarily allows firms to carry back losses to up to five previous years, offsetting profits in those years and allowing an immediate refund of taxes paid on those past profits. Prior to the TCJA, firms could carryback losses up to two years and, under the TCJA, they could not carry back losses at all. Last, the CARES Act suspended a TCJA provision that limited the amount of losses that owners of pass-through businesses could use to offset other income to $250,000 ($500,000 for married couples).

The liberalized treatment of losses is not a bailout and does not provide special treatment of certain industries. Loss deductions are an essential part of a well-functioning income tax. Businesses typically make multi-year investments. Those investments may lose money in some years make money in other years. The ability to either carry back losses to offset previous years’ taxes or carry forward losses to offset future taxes ensures that the tax system accurately measures income. Without loss deductions, a tax system would be biased against risky investment.

The expansion of loss deductions is a logical way to provide economic relief during the pandemic. Firms that face losses can quickly offset previous years’ taxable income and get a refund, thereby increasing cash flow, helping businesses pay bills during the downturn. Congress also expanded loss deductions during the 2008 financial crisis. In fact, the TCJA’s loss limitations that were repealed under the CARES Act were criticized before the pandemic as potentially exacerbating future recessions by reducing firm cash flow when they need it most.

Nevertheless, some commentators have argued some of the loss provisions in the CARES Act are not well-targeted. The carryback and pass-through provisions apply to losses that occurred in 2018 and 2019, offering relief to firms that were losing money before the pandemic. Also, the carryback provision allows firms that generate losses in 2020 to carry them back to 2015, 2016, and 2017, when the corporate rate was 35 percent. This could allow firms to game the tax system by engaging in transactions that have no real economic effect. A company could generate a $100 expense this year, receive a $35 rebate and the next year generate $100 in income that is taxed at today’s 21 percent rate for a gain of $14.

These concerns can be addressed without repealing or arbitrarily limiting the CARES Act loss provisions. Lawmakers could focus relief on firms hit by the pandemic by removing the relief for 2018 and 2019 losses, providing relief only for 2020 losses. Corporations could still be allowed to carry back 2020 losses for five years, but the benefits of carryback could be limited to 21 percent.

The stimulus package passed by House Democrats on May 15, the Heroes Act, would completely reinstate the pass-through loss limitation and make it permanent. In addition, it would disallow the use of carrybacks for corporations with “excessive” executive compensation, dividends, and stock buybacks, and it would not allow losses to be carried back to 2015 through 2017. There is little justification for these arbitrary limits.

Loss deductions are an important component of a well-functioning income tax system and can provide vital relief during economic downturns. In the future, lawmakers should consider permanently liberalizing the treatment of losses.

Learn more: Eligible dependents in the CARES Act and HEROES Act economic relief payments | The CARES Act: Who will get a rebate and how much? | What will tax policy look like in 2020 and beyond? My long–read Q&A with Kyle Pomerleau

This article by Kyle Pomerleau first appeared in AEIdeas on May 21, 2020.