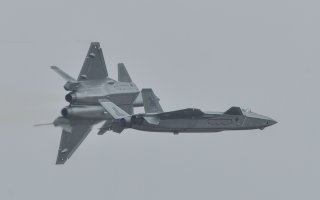 Here's What You Need to Know: The J-20 still has a number of disadvantages to the F-22.