Does Iran Have a Missile That Could Someday Deliver a Nuclear Weapon? 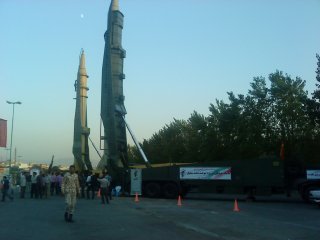 Here's What You Need To Remember: The rocket, possibly used in the January 2020 attacks on U.S. forces in Iraq, is 59 feet tall, could travel as far as 1,250 miles, and could one day carry a nuclear payload.