Does the Navy Needs Diesel Submarines? Why Does it Matter? 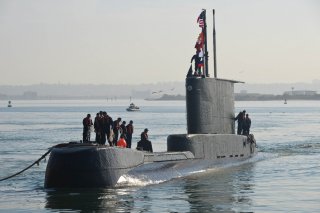