Does Poland’s Large Tank Fleet Stand a Chance Against Russia? 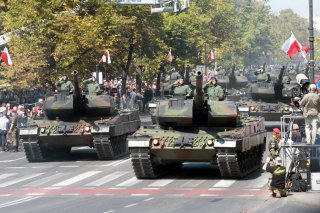 Here's What You Need to Know: In the end, the only tank in the Polish fleet right now that could attempt to fight Russia’s best is their fleet of Leopard 2A5s. Even then, with the ammo produced it is a stretch to say that they would be able to effectively engage head-on.