Does Russia’s Armata Tank Have Reason to Fear the M1 Abrams? 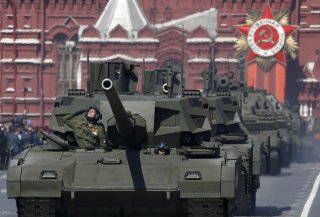 Here's What You Need to Remember: To conclude, the new design of the Armata makes its full crew far more likely to survive an engagement than the M1A2 SEP v3. It also makes it more vulnerable to a mission kill, even from lighter vehicles. The M1A2 SEP v3 is likely to spot and shoot the Armata first, although the Afghanit APS might negate this first shot advantage and provide the Armata crew a vector in which they could return fire.