Does the United States Really Have the World’s Strongest Military? 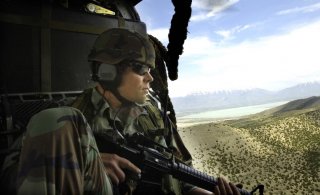 Here's What You Need to Remember: The United States is and will remain the most dominant military force in the world because of our spending power, a large collection of combat units, and elite special forces.

Richard Douglas writes on firearms, defense and security issues. He is the founder and editor of Scopes Field, and a columnist at The National Interest, 1945, Daily Caller and other publications. This article first appeared earlier this year.