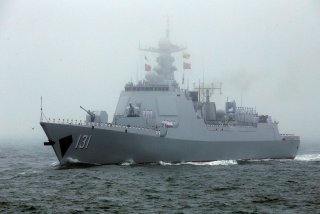 Here's What You Need to Know: The Ticonderogas will soon reach the end of their useful service lives, as will the oldest of the DDG-51 class of ships. The Navy has yet to make a decision about its replacement.

On July 3, 2018, Dalian shipyard launched two of the big new ships, with some reports suggesting that the class may extend to twenty-four vessels. The ships are large and have more VLS cells than Flight III Arleigh Burke destroyers, although the latter still exceed the former in sensor integration and other capabilities.