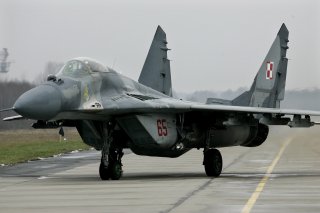 Here's What You Need to Remember: The MiG-29K is roughly a chronological equivalent to the U.S. Navy’s F/A-18, however, a margin of difference or similarity in terms of combat performance likely hinges entirely upon the extent to which each 1980s-era plane has been upgraded.

In one sense neither the MIG-29K or F-18 are likely to operate with an ability to compete against stealthy, 5th-Gen Chinese J-20s or J-31s, yet to the extent that major warfare might extend over time, fleet size and advanced 4th-Gen attack systems could easily prove quite valuable, provided the Soviet-era and U.S. F-18s could network with one another and share information.